We actually had a day with nice weather (it can happen!) and we decided that we had to get out and do something and take advantage of it...so we chose to visit Kellie Castle (which was my main choice since it was about 20 minutes away, compared to the castle Trav wanted to visit that was 2 hours away! I won.). It was actually one of my favorites that I have been to - small and quaint, the rooms we could walk through were interesting without too many things that kids can grab and break!, there was even a nursery on the top floor with a basket full of old toys for the kids to play with, the gardens were amazing and smelled as nice as they looked, and there was a pretty, short little woodland walk around the outside. Piper insisted on holding Justus' hand on the walk up... seriously so cute. 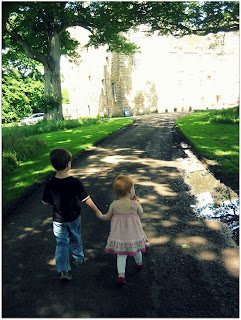 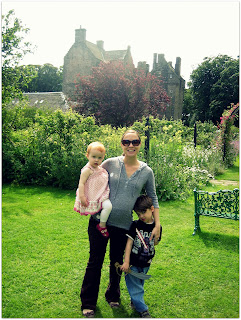 There were chickens that ran around the garden that both the kids loved to chase. Well, maybe Justus loved chasing them more than Piper but she liked watching them run away! 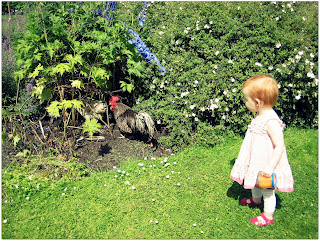 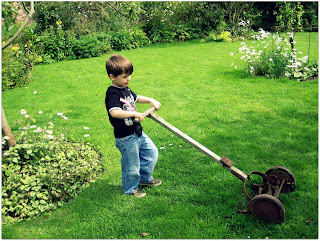 Justus worked his mad camera skills and got a cute one of me and Trav having lunch. 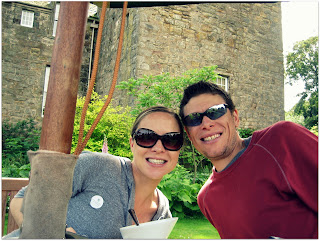 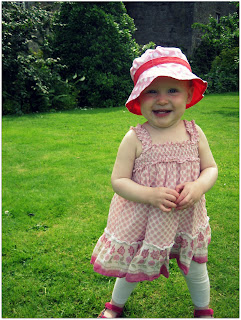 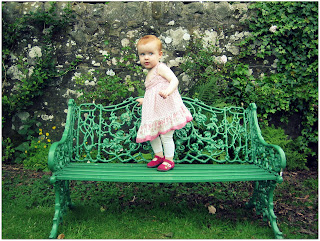 Piper was having the time of her life running around the garden...these are just a few of the happy pics Trav took! 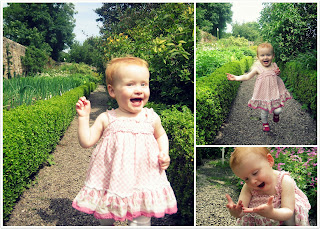 We forced Justus to pose with these random, golden head statues (with his sword that he brought with him and my sunglasses). So tough. 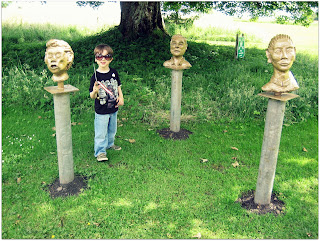 And we got a nice view of St. Andrews on our drive back...this town really is beautiful (especially on a warm sunny day!). 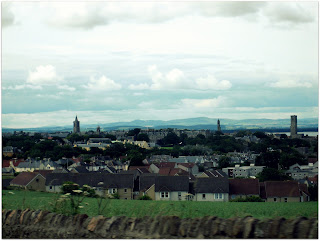 And we also had this view in the back seat. We know he is crazy but we love him! :) 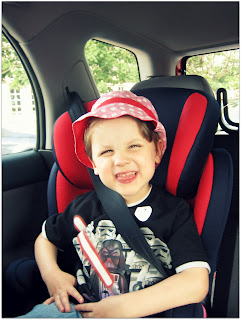 We just took a weekend road trip with another family down into England to the Lake District. We rented a cottage in a little town called Windermere and saw some more of the beautiful UK. And we actually had some nice weather and were able to enjoy it!! We went with our friends Andrew and Alene and their three kids (Trav and Andrew had a conference in Durham, England this week so we took this little trip before and the girls and kids came home while the boys went to their conference). The view from the car window was amazing and helped ease some of the tension of driving on tiny country roads, up and down the mountains with sheep standing in the middle of the road at any turn! On one of the days, we took the kids for a ride on an old, open top steam train. They seemed to like it and, once again, it was hard to beat the view. 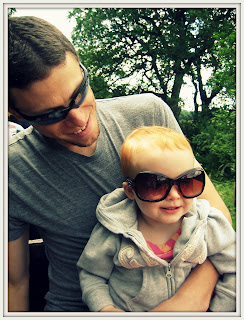 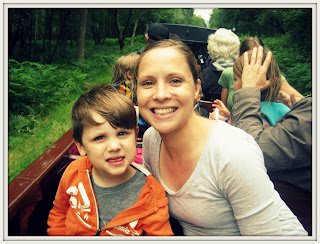 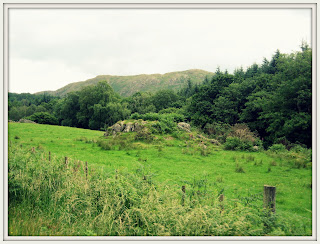 On our way back from the train ride, we stopped at Dove Cottage, one of William Wordsworth's homes (he's a famous English poet in case you weren't an English major!). The gardens were awesome and it was the perfect place for the kids to run around. And we actually broke a sweat!! I think it might be the first time this summer (maybe even the first time since moving here??!)! 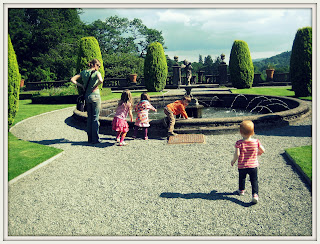 Piper figured out how to cool herself down... she did this pretty much the entire time! 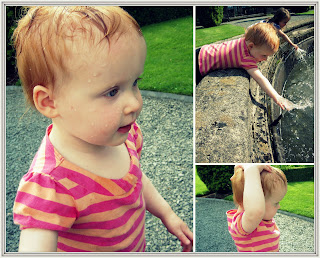 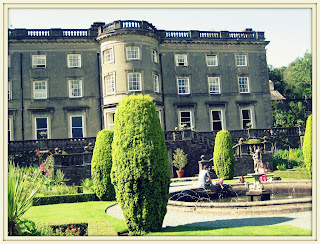 Justus with his sweet friends, Paige and Charlotte. 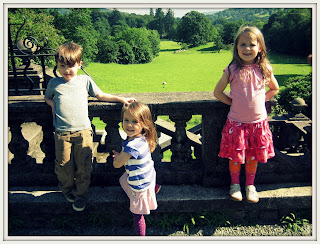 Trav jumped the fence and took the kids to try and catch the sheep. They didn't catch any but it was cute to watch :) 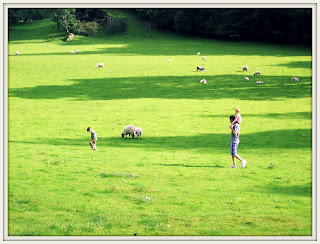 The next day we went to a park on Lake Windermere right near where we were staying. Piper was looking cute, as always! 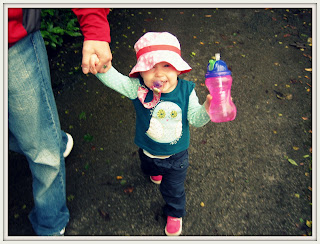 All the kiddos (except Lewis who wasn't too happy to be wearing his life jacket) ready to get out on the rowboats! 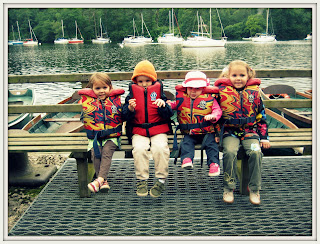 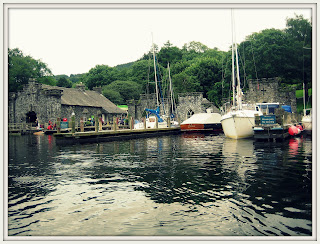 Our trusty rower. I learned that I am apparently also a "back seat rower" (not just a back seat driver!)! 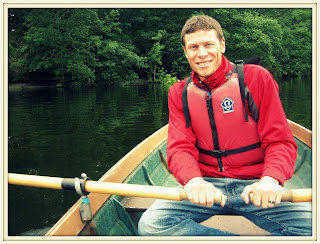 So focused. So dedicated. 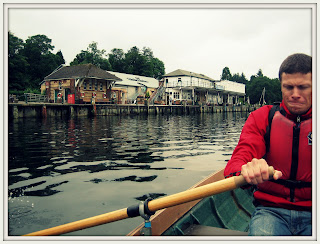 Piper sat like this the entire time. She was actually happy, I think, despite the look on her face!! (I'm sure it didn't help that her life jacket was shoved up into her chin!) She wouldn't let me move her and she kept her hand over the side of the boat in the water the whole trip :) Ha! 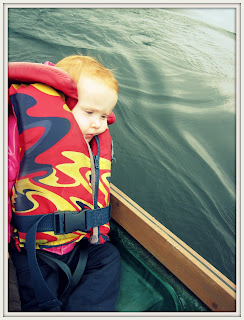 Justus pulled a leaf off one of the trees as we rowed by and he kept it with him the whole ride and even freaked out once because he thought he lost it. Ahh, the things that fascinate him... 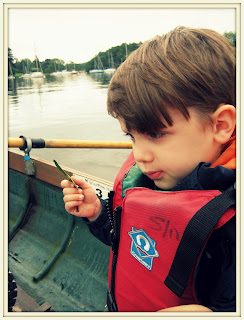 If you look closely, Justus is now rubbing his cheek with that same leaf. My son, ladies and gentlemen. So proud. (PS - I found this leaf on the floor beneath his car seat after we got home. He really became attached to that thing! Too bad it went straight to the trash.) 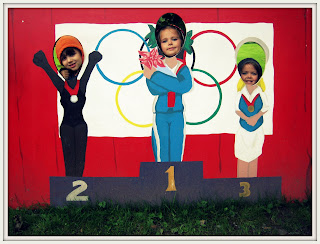 After the lake, we took the kids to the Beatrix Potter museum. I knew we would be going so I had been reading Peter Rabbit and Benjamin Bunny to Justus. He really likes the stories (I think he relates to those bunnies who seem to do exactly what they are not supposed to and get into lots of trouble! Hmm...) He and Piper had lots of fun running around and seeing the garden and all the animals. I compare the experience to a ride line at Disneyland. 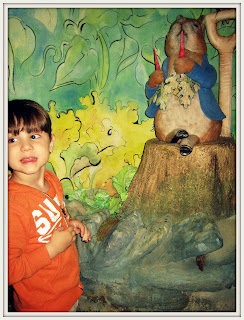 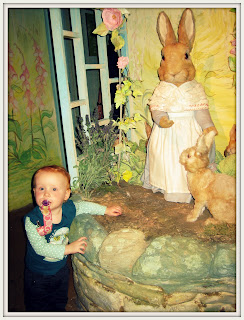 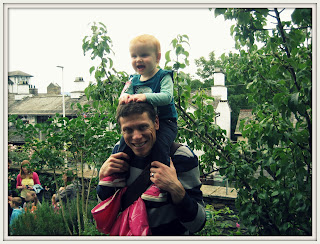 And that was pretty much it! We spent the rest of our time at home just hanging out. I really wish I would have taken more pictures of the cottage or the town we stayed in, or even pictures of the drive, but oh well. It was short but sweet and nice to get away. Come visit and we will take you there :)